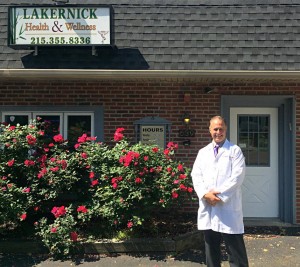 Dr. Stuart Lakernick suffered severe migraine headaches as a teenager. In the 1970’s there weren’t nearly as many neurology clinics as there are today. His primary care physician attempted to help, but the drugs he prescribed lost their effectiveness and the side effects were unbearable. After many tests and exams, all of the results came back normal.

Dr. Lakernicks father suggested that he visit a chiropractor. After his initial examination, he received his first spinal adjustment. He had never felt better in his life and has not suffered from a migraine since.

This experience motivated Dr. Lakernick to pursue chiropractic medicine. After finishing his undergraduate degree at Temple University in 1980, he worked in Atlantic City for a few years. He then began studying at Life Chiropractic College in 1988. Subsequently, he returned to school to earn a secondary degree in neurology from Logan Chiropractic College in St. Louis.

Since opening his practice in 1992, Dr. Lakernick has helped thousands of patients. So many of his patients return to him because he was able to help them when no one else could. For Dr. Lakernick, there is no greater reward. 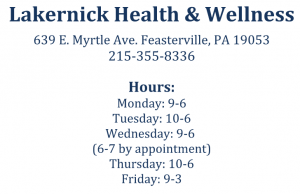